or
Ask your login 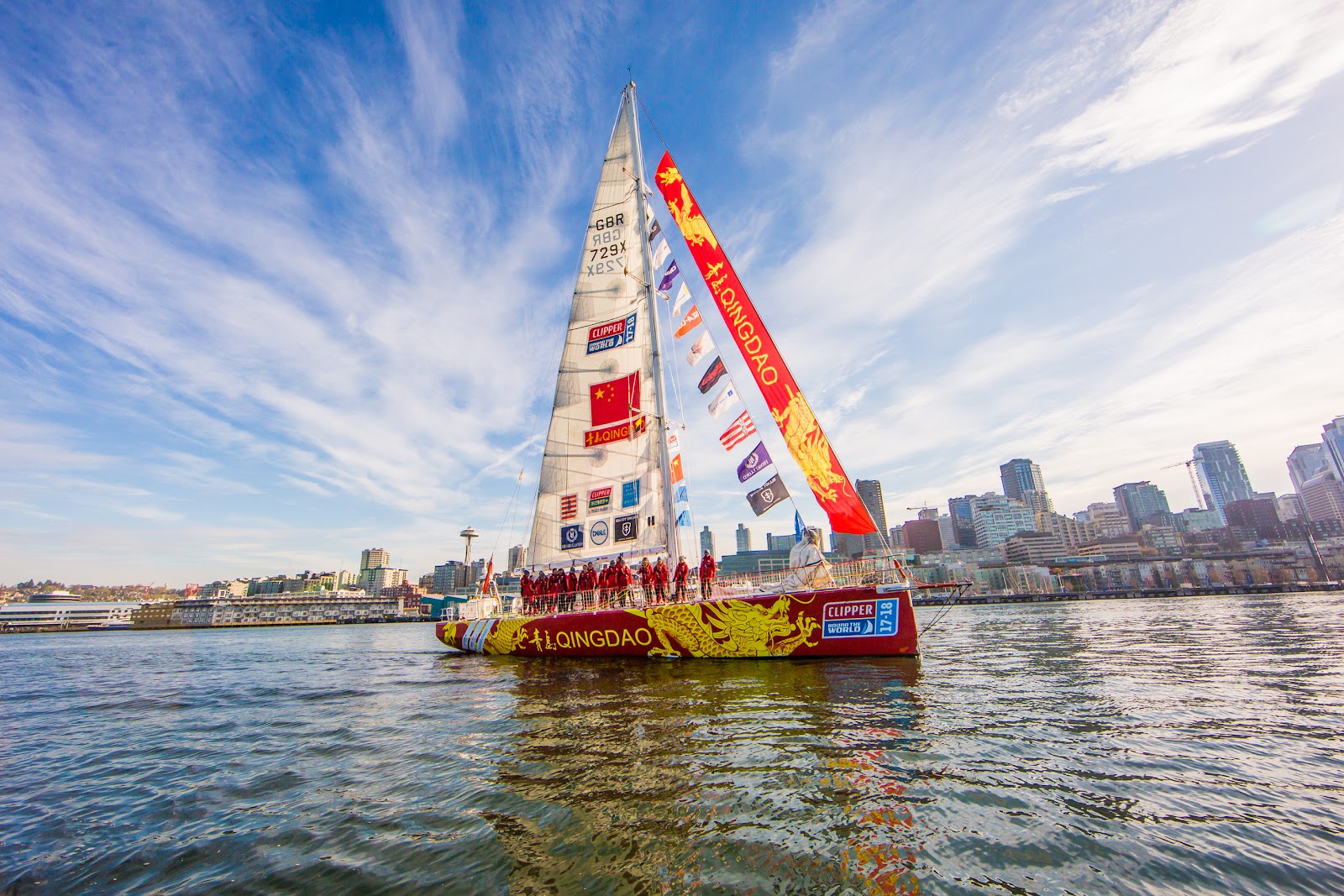 After almost a month at sea, the first team has crossed the finish line after completing the gruelling North Pacific Ocean stage of the Clipper 2017-18 Round the World Yacht Race, nicknamed ‘The Big One’.

After battling 5,528 nautical miles (nm), hurricane force winds and waves up to 14 metres, the Qingdao team won first place in the sixth leg of the British run Clipper Race, into Seattle. The race is unique in that it trains non-professionals to be ocean faring sailors, and there were eight British competitors on the winning yacht, including a teacher, doctor, stable manager and a 71-year-old retiree.

British Retiree
Retiree Sarah Gilbert, 71, is the oldest female crew member. The former maths teacher has eleven, soon to be twelve grandchildren, and took part in the last edition of the race as a ‘round the worlder’, however broke her arm and couldn’t compete in that Pacific leg.  Sarah signed up to this race so she could complete her circumnavigation. 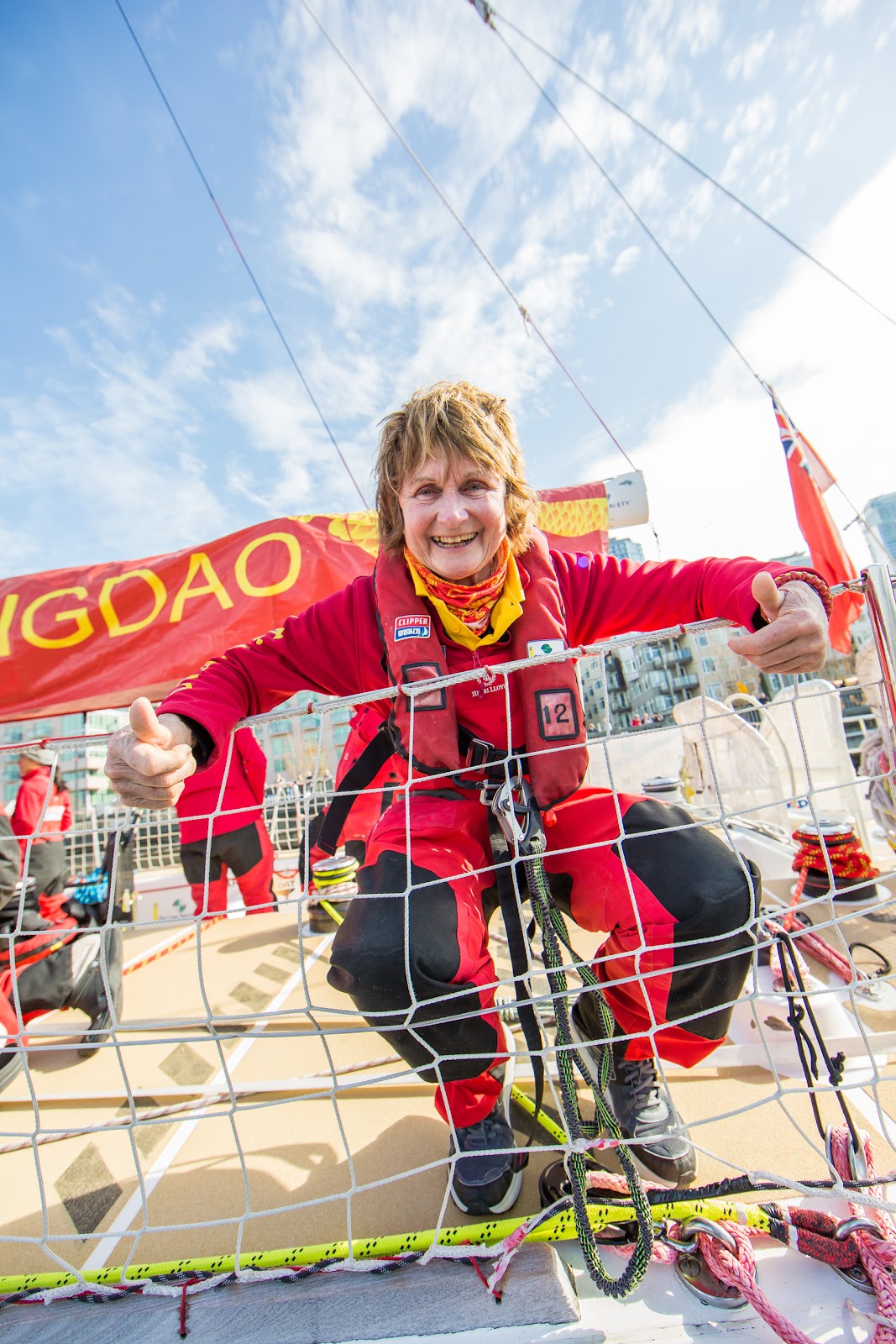 She said: “This leg was the hardest but I loved that we were really full on racing. For me, the challenge was the duration of time. And the lack of sleep.  It’s been tough but I think babysitting my twelve grandchildren might be equal to that.”

Eleven Clipper Race teams set sail from Qingdao, China, in late March.  Following the winning Qingdao team into the Port of Seattle were Sanya Serenity Coast in second place and Unicef in third. And despite the extremely challenging conditions and the vast distance travelled over the last 28 days at sea, there was just five minutes between fourth and fifth place. 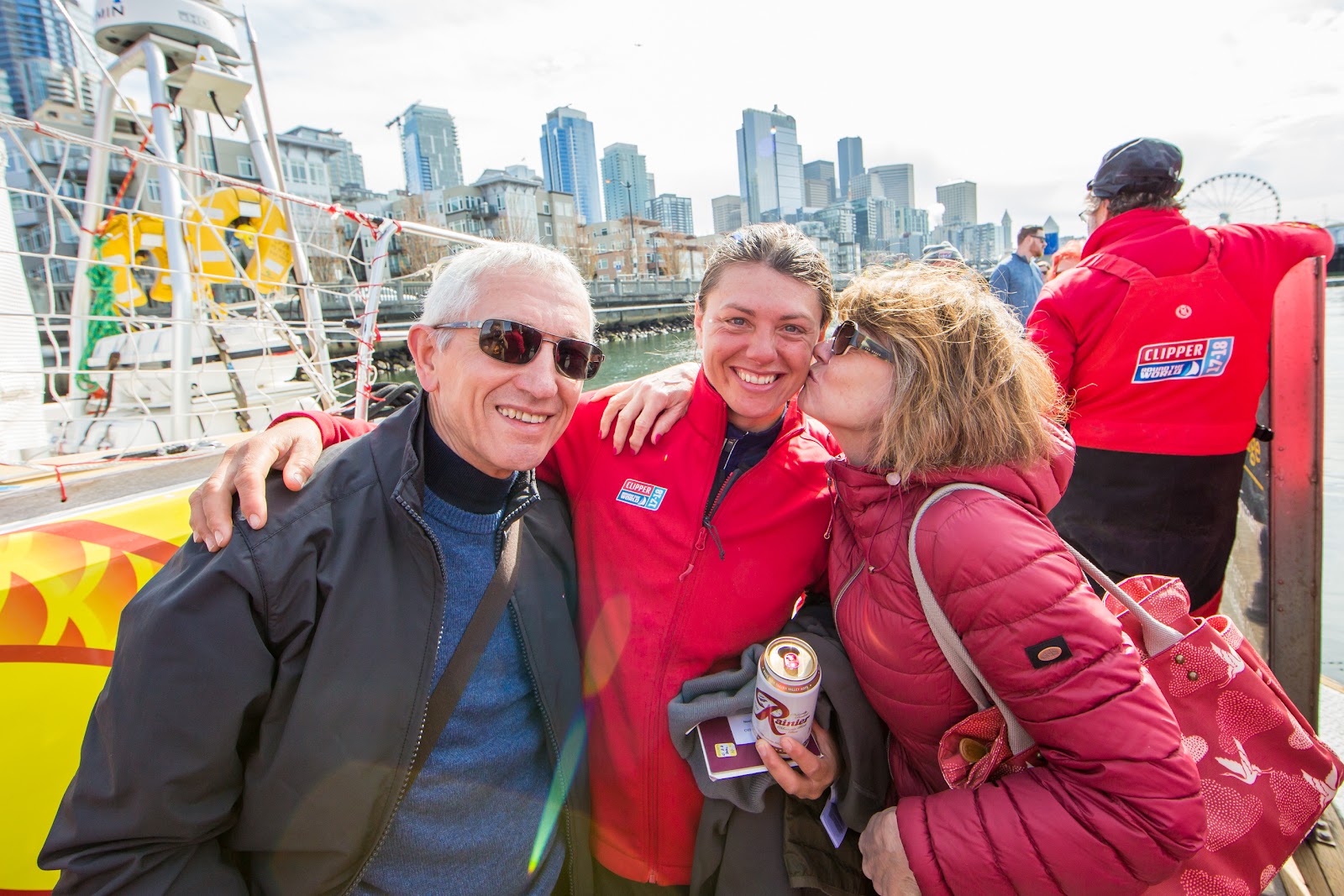 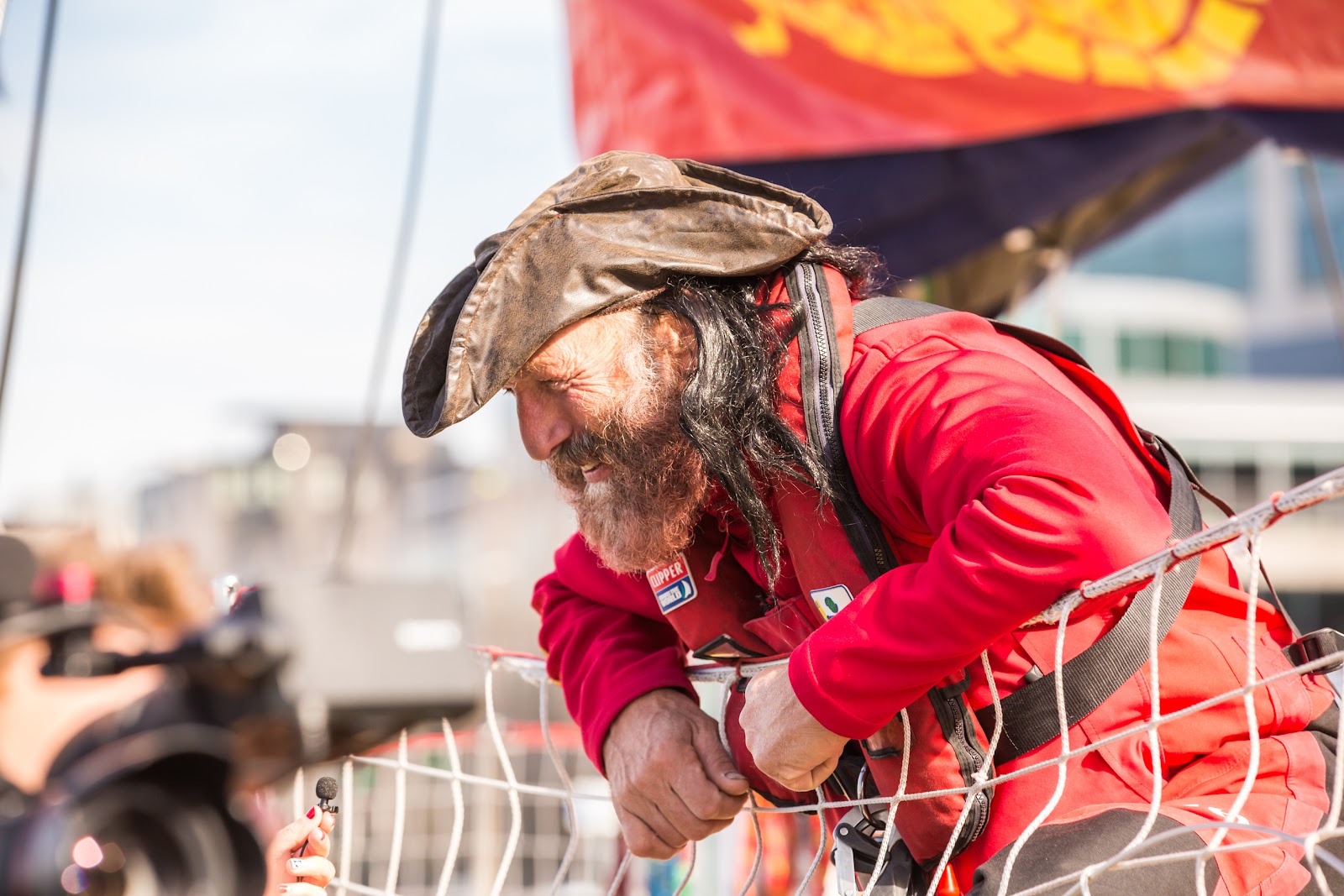 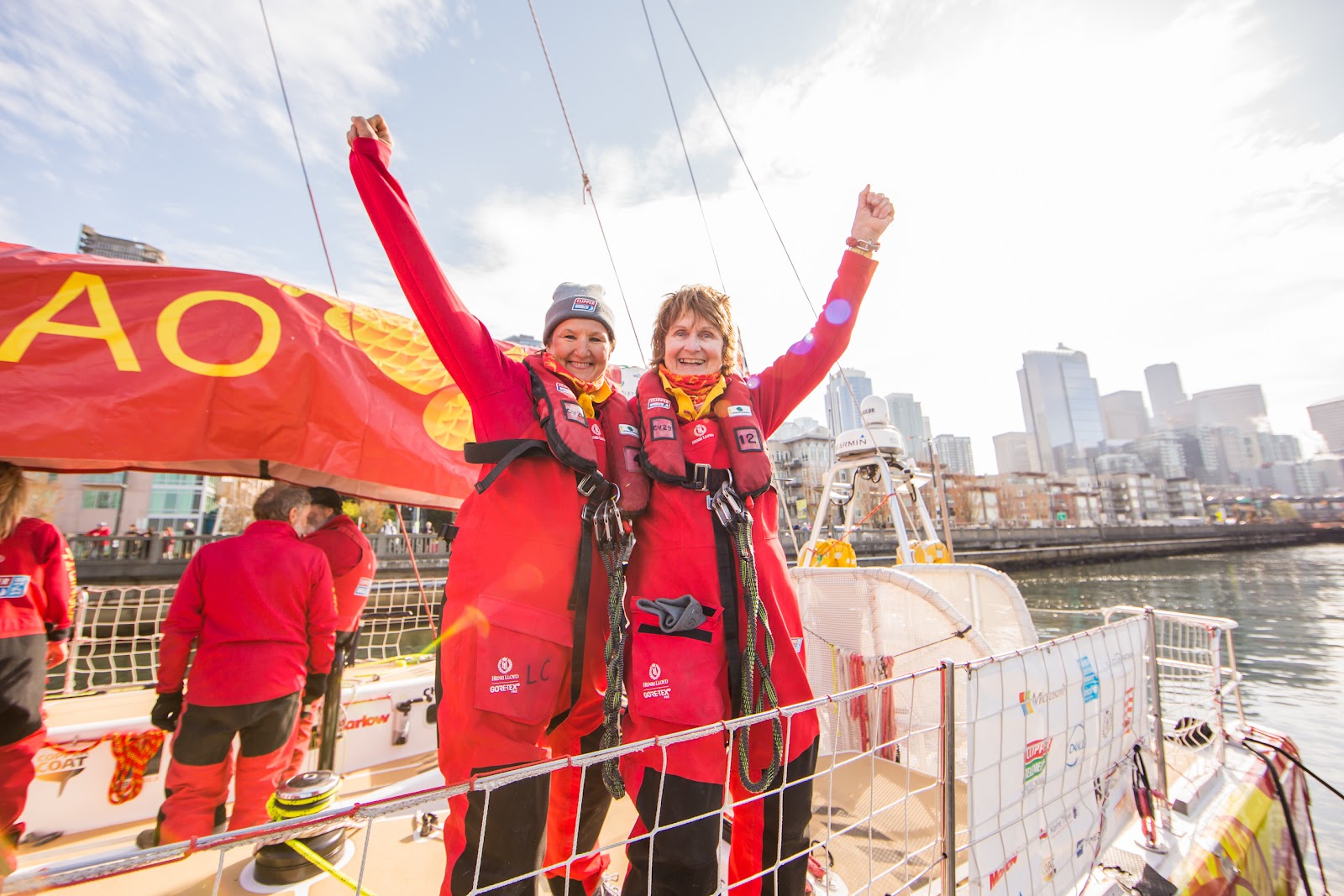 The Big One
The eleven-strong fleet met hurricane force winds on their most recent voyage with reported gusts of up to 80 knots.  At 14 metres, the waves experienced were ’phenomenal’ and the height of a four-story building. This torrent of water propelled the boats down the waves, enabling them to reach speeds of 30 knots.

The North Pacific leg is known as ‘The Big One’ due to its extreme weather, but also because it is the most remote.  It is devoid of land mass and at certain points, the closest other humans would have been the astronauts on the International Space Station. Occasionally birds would use the boats as temporary land. Despite these wild conditions, there was the odd calm day of sailing, and one of the boats was even joined for an hour by a pod of humpback whales.

Established 21 years ago by Sir Robin Knox-Johnston, the first man to sail solo, non-stop around the world, 40 per cent of Clipper Race crew have no previous sailing experience before signing up as full training is provided.

Says Sir Robin: “Oceans do not distinguish between professional and non-professional seafarers.  The conditions faced in this North Pacific leg would test the most experienced of sailors. The hurricane force winds have certainly been the toughest since our crew left Liverpool eight months ago. They have seen nature in the raw, conditions that would terrify most sailors, but they have come through it and given themselves an experience that most people on this planet can only ever visualise.

“I am immensely proud, both of our Skippers and crew’s outstanding seamanship skills, which kept everyone safe in the extreme conditions, and also that after almost a month of racing, the action came right down to the final miles. Just five minutes separated two of the teams which is incredibly impressive.  They can really call themselves sailors now.”

Clipper 2017-18 Round the World Yacht Race
The Clipper Race is considered to be one of the most challenging endurance events on the planet. The 40,000nm feat of endurance takes almost a year to complete and is the only sailing event which trains everyday people to circumnavigate the globe in its 70-foot purpose-built ocean racers.

After setting off from Liverpool, UK, on 20 August 2017, the teams have raced to Seattle via Punta del Este, Uruguay; Cape Town, South Africa; Fremantle, Sydney, Hobart and the Whitsundays, Australia; and most recently, Sanya and Qingdao in China.

This is the second consecutive time the Clipper Race has stopped in the Seattle, which marks the first of two US stopovers in the race route, the next being New York via the Panama Canal. The Clipper Race will return to Liverpool this summer, 28 July, where its epic adventure concludes.

Pictured the Qingdao team arriving into The Port of Seattle

Kay Neatham, 41, British, with her supporters